From 2012 till 2014 NWC developed and implemented dance, space and mass choreography for the opening ceremony of the ‘Tag der Legenden’ in Hamburg Millerntor-Stadion. The participants have fired up the audience vigorously and provided a rounded game opener for the football legends:

2014 young 83 amateur dancers of different dance crews like Hamburger Dream Dance Factory, Claudia Daniel’s Dance, HDJ Billstedt, Stage School and HT16 enthused the 24,000 football fans in the stands. By doing so they were musically accompanied by the 120-man-strong choir of The Young ClassX with the anthem “Little Heroes, great legends”, specially composed by Michael Zlanabitnig and Chris Buseck.

2013 a group of 130 different actors got together, consisting of the marching band `Magic Melody`, the marching band Bredstedt, the cheerleaders` Blue Angels` and the Hip Hop Crew to Neddy Tobien, and the band Santiano.

2012 150 choir Children of The Young ClassX, 40 drummers of Fogo de Samba, 8 Break Baller / Freestylers / Salti-Springer of Your Act, and the singer Volkan Baydar participated in the show. Video

“She has managed to breathe life into a mind game within a very short time. Her positive, energetic and inspiring nature has made the stadium show “Tag der Legenden” 2012 to what it was – just terrific! One of the best shows in our history.” – Marcus Foag, Managing director, beckground tv 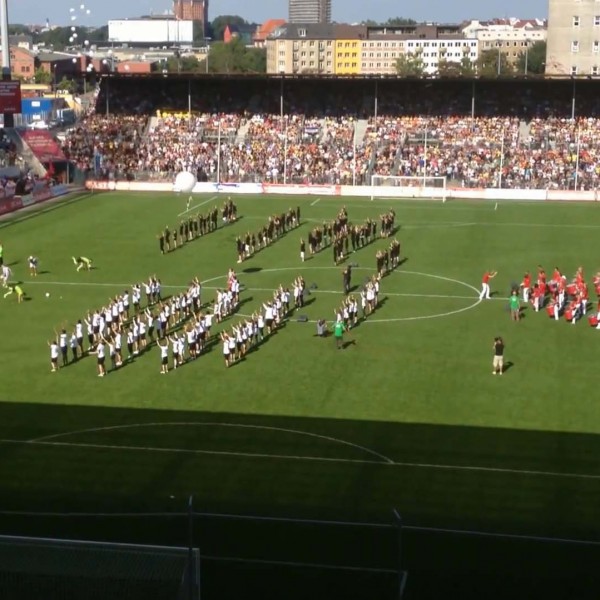 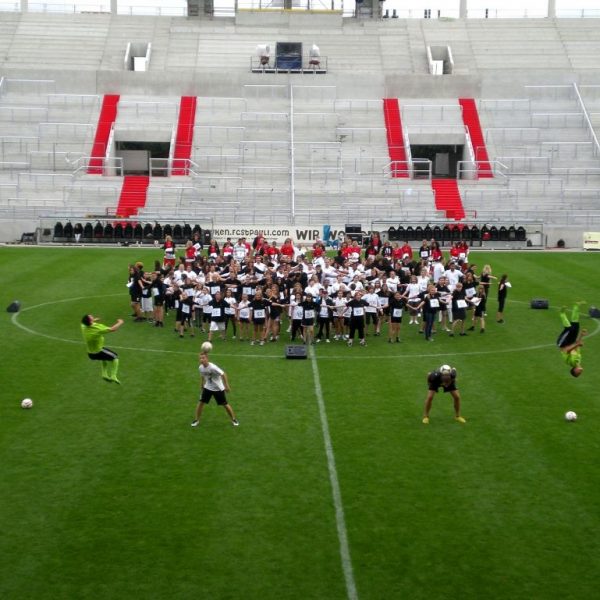 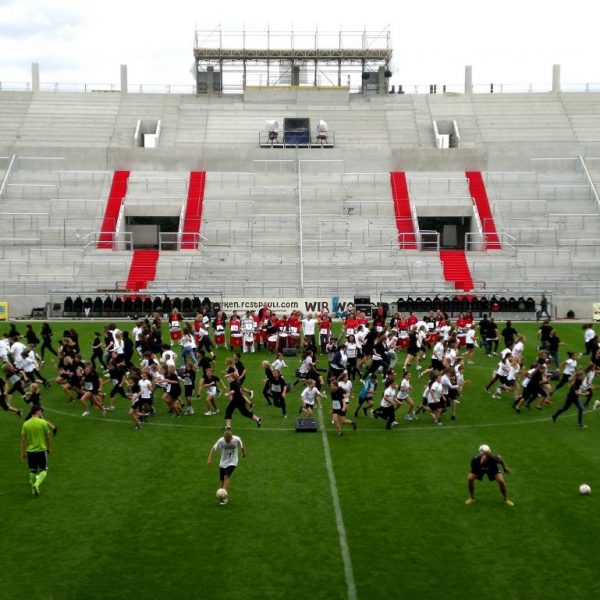 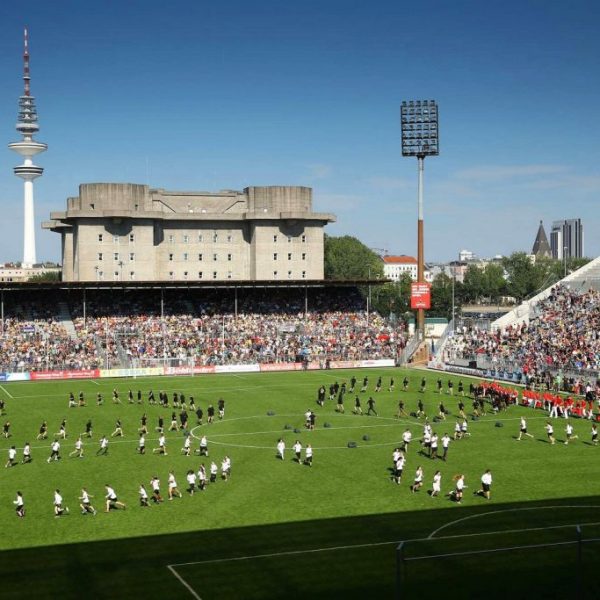 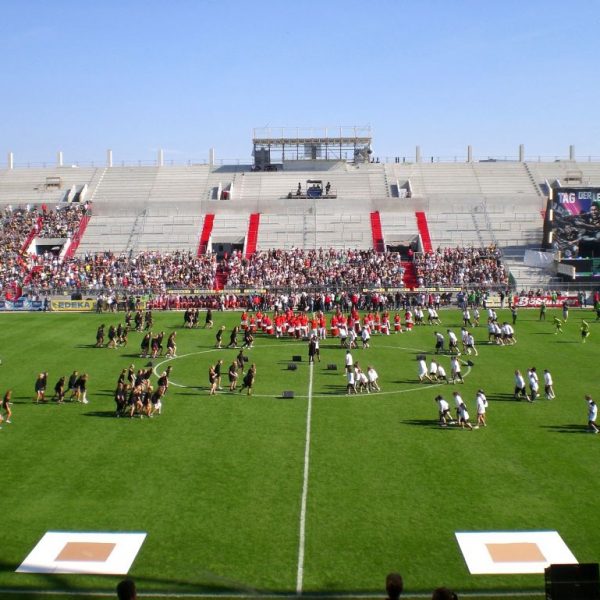 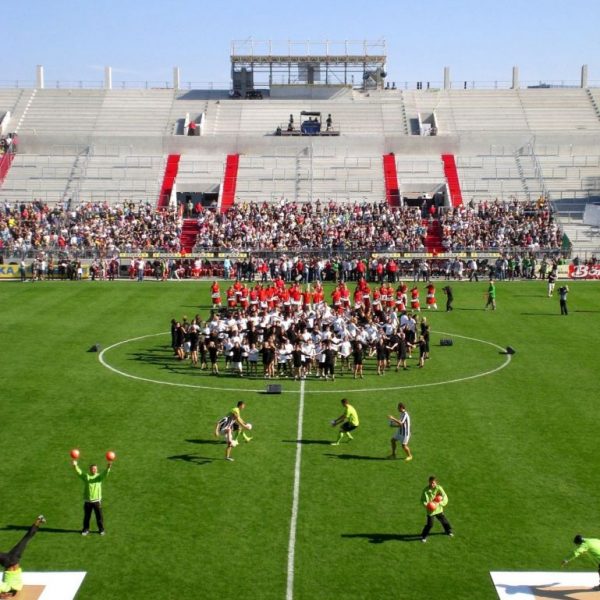 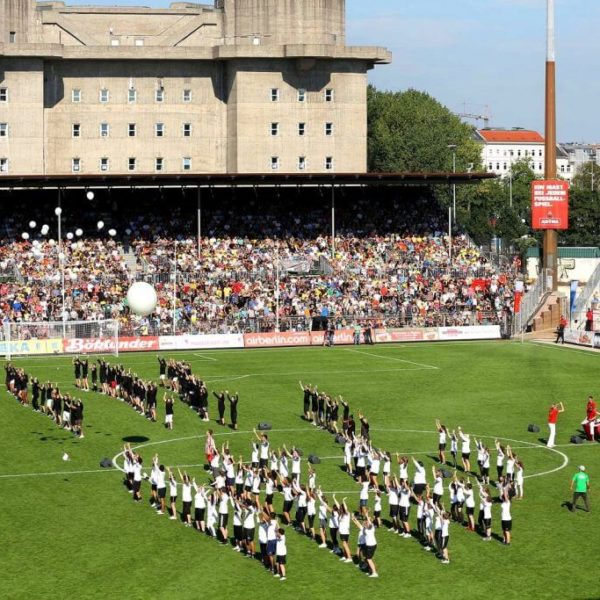 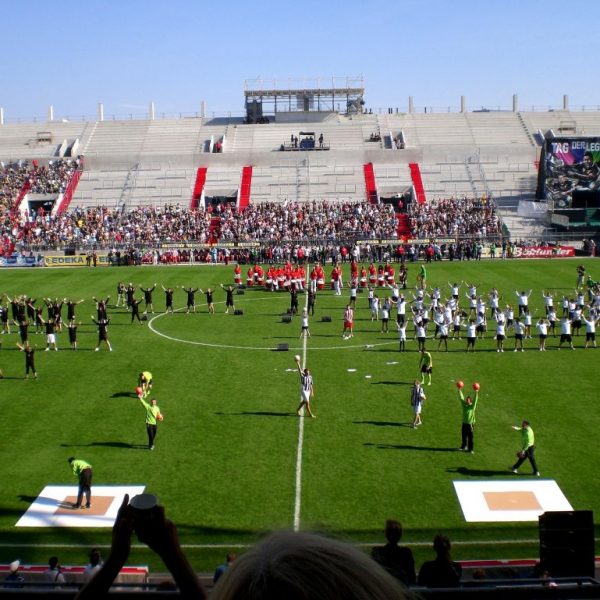 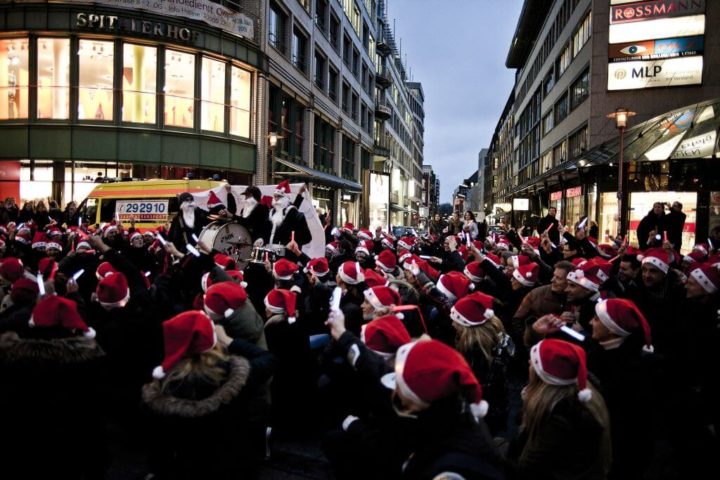